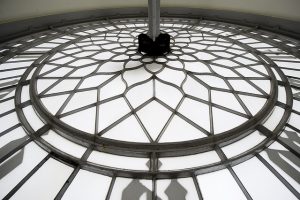 The Clock Face/UK Parliament/Jessica Taylor: Parliamentary images are reproduced with the permission of Parliament

All those not actually off-the-grid this week will know that Theresa May has called an election which will be held on 8 June. Purdah will begin 22 April and Parliament will be dissolved on 2 May. This gives very little time for the ‘washup’ period when legislation in progress is either pushed through before the deadline, or dropped. Ongoing Inquiries will be interrupted and Select Committees will have to elect new Chairs when Parliamentary business resumes.

We won’t know the shape of the new Government and opposition until after the election so this could have significant impact on Brexit. Whilst this early election won’t affect the time available for formal negotiations it will, obviously, distract the civil service as well as government.

The HE Bill is currently at the ‘ping pong’ stage facing determined opposition from the Lords and equally determined efforts by the government to push it through with minimal amendment. Normally, when Parliament is dissolved, legislation at this stage would either be dropped or, if considered too important to drop, the government would make the necessary concessions to push it through quickly before Parliament is dissolved (this is known as ‘washup’).

In this case, a ‘snap’ election, the time window is already small. For a bill as contested as the HE Bill, considerable concessions might have to be made in order to push the bill through within the available week. There is provision to push a bill into the next session but this is unlikely — so this could be our best opportunity to press for key amendments.

Some of the key issues include:

The Hannay amendment will be a key issue for the Government but a Tory rebellion is thought to be on the cards. The government is unlikely to want to kiss goodbye to this cherished piece of legislation and a ‘washup’ could offer a chance to get this important amendment through.

CHEAD is writing to key MPs and will also distribute a letter through APDIG’s networks. This has to be done very urgently and the letters will go out at noon on Monday.

Please do also write to your own MP either personally or on behalf of your institution to support this amendment. To assist, we have prepared a draft letter template and you can find your MP here.

This places the launch of our Brexit Manifesto for Creative Higher Education optimally — just as a new government returns in September and at the start of ‘conference season’.

The consultation process for the CHEAD/APDIG Brexit Manifesto will begin in June and the Manifesto will be drafted over the Summer break. The Manifesto was introduced in Edinburgh at CHEAD’s 2017 Conference. The remaining events will be (dates and venues TBC):

Places will be limited and CHEAD will be sending out invitations based on relevant expertise and interests. All our members will have a chance to contribute, however, as we will also be making a survey available.

CHEAD has responded to the Industrial Strategy consultation. Responses to the Industrial Strategy consultation from APDIG and CIF will also be of interest.  CHEAD’s response places a strong emphasis of the role of creative HE in the creative skills pipeline but also its much wider role in the economic and cultural life of Britain and its regions, as well as its overall contribution of creative HE to public good.

Our Brexit Manifesto work will further explore and build on the key role our membership plays in the UK’s reputation and economic success internationally as well as on the richness of lives and communities within the UK.

We will continue to engage with CIF’s HE & FE Working Group, APDIG, Crafts and Design Councils and other sector bodies to promote awareness of the role of creative Higher Education in the creative and wider economies and to press for an effective industrial strategy overall.

HESA is now considering responses to the implementation consultation and recorded strong support for the proposed survey design (over 80% in favour) and implementation plan (over 70% in favour), and solid support for the survey practicalities including the open centralisation methodology (over 60% in favour). The financial model feedback was more mixed – it received more support (34%) than opposition (24%), but the majority of respondents suggested they did not have enough information to comment.

HESA will continue to engage with key stakeholders over the next couple of months and a final model will be published in June.

END_OF_DOCUMENT_TOKEN_TO_BE_REPLACED

Elections for CHEAD Trustees will be held at the forthcoming Annual General Meeting, held during the Annual CHEAD Conference in Sheffield on Thursday 28th...

END_OF_DOCUMENT_TOKEN_TO_BE_REPLACED

What do creative arts graduates do? The destinations of graduates from creative subjects compares well with graduates across the whole of the higher education...