We know that our members are going to require additional support through this difficult period. We are available to work with you through this challenging time and have created this hub to bring together guidance, resources and information in one place.

CHEAD is registered as a Charitable Incorporated Organisation with the Registered Charity Number 1174589. CHEAD’s primary object is to advance education for the public benefit by promoting knowledge and understanding of art and design within higher education institutions.

CHEAD’s work is supported by our governance structure and by the commitment of its Trustees who lead our strategic priorities and uphold our Charitable Objectives.

Our Executive Committee consists of 3 elected trustees, 6 elected members and up to 4 co-opted members.

We seek to ensure that the Trustees reflect the diversity of our CHEAD membership, the four nations, and the breadth of our strategic and charitable objectives.

The Executive Committee ensures that CHEAD operates in accordance with the objects enshrined in its constitution.

Trustees, including the officers of Chair, Vice Chair and Treasurer, are elected by the registered representatives of CHEAD member institutions.

Six elected trustees and up to four co-opted members. The terms of appointment for officers and members of the Executive Committee is normally for three years.

In order to ensure continuity, it is the aim to arrange elections and terms of office of the elected officers in each year, so that only one elected officer shall stand for election. Retiring Trustees are eligible for re-election but should not normally serve for more than two terms of appointment consecutively.

Elections are held following the CHEAD Business meeting in Spring each year. A call for nominations is issued in April and candidates are introduced at the CHEAD Membership & Networking meeting in May.

For more details about the election process, or to submit a nomination, please click on the link below.

Director of Membership and Operations

Anna joined CHEAD in 2015 and is responsible for leading CHEAD membership and operations, regulatory compliance, governance and delivery of CHEAD’s membership activities. Anna has a strong track record in delivering projects and high quality events in the art and design sector as well as experience with charity, community and membership organisations. Anna oversaw the incorporation of CHEAD as a Charitable Incorporated Organisation (CIO) in 2017. 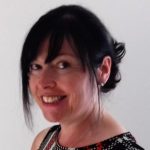 Sandra joined CHEAD in 2018 and is responsible for leading CHEAD policy and external relations, development and communication of CHEAD’s corporate identity and advocacy, relationships and engagement with external stakeholders and lobbying on behalf of members. Sandra has a track record in higher education, enterprise and marketing, developing policy, securing collaborative partnerships and ensuring effective stakeholder engagement.

CHEAD is registered as a Charitable Incorporated Organisation with the Registered Charity Number 1174589.

CHEAD operates in accordance with the objects enshrined in its Constitution, which is compliant with the legal framework of CIOs as set out in the Charity Act 2011 (and in further regulations).

Any changes to the Constitution are put before the membership for approval. The Executive Committee is charged with the strategic and operational management of the association on behalf of the membership.

Members of the Executive Committee give their time to CHEAD free of charge and remuneration and meet six times yearly. CHEAD employs a part-time Policy and External Relations Manager and a part-time Membership and Administration Manager.

CHEAD’s latest Annual Report and Accounts can be accessed through the key document links.