Karen Fleming has directed the research institute for art, design and architecture at Ulster University since 2009. The unit she coordinates was ranked 3rd in UK for Art & Design for Research Intensity and was disinguished by having the most world- leading research of any subject submitted to REF2014 in Northern Ireland. Having lectured since 1989, Fleming is Professor of Textiles (2007) and conducts research by practice and by curation. Her international awards include curating the Linen Bienniale in Quebec, Europäische Quilt-Triennale, The Art of The Stitch and Threadworks, New Zealand. She has led Wellcome Trust, AHRC and Atlantic Philanthropies funded research teams.

#Creative Education2020 At a packed event in the Houses of Parliament on 25th February 2020 CHEAD and APDIG hosted parliamentarians, members, industry...

END_OF_DOCUMENT_TOKEN_TO_BE_REPLACED

Kingston School of Art has established an exceptional reputation and it has become one the UK’s leading art and design educational institutions. The school...

END_OF_DOCUMENT_TOKEN_TO_BE_REPLACED

As responsible event organisers and in line with our values, the health and safety of all those who attend our events is our primary concern and priority. We...

END_OF_DOCUMENT_TOKEN_TO_BE_REPLACED 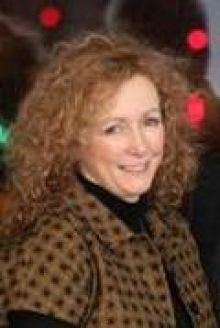